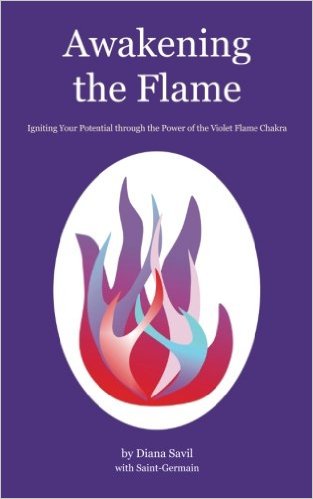 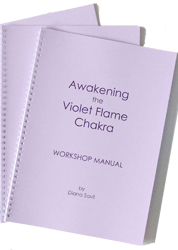 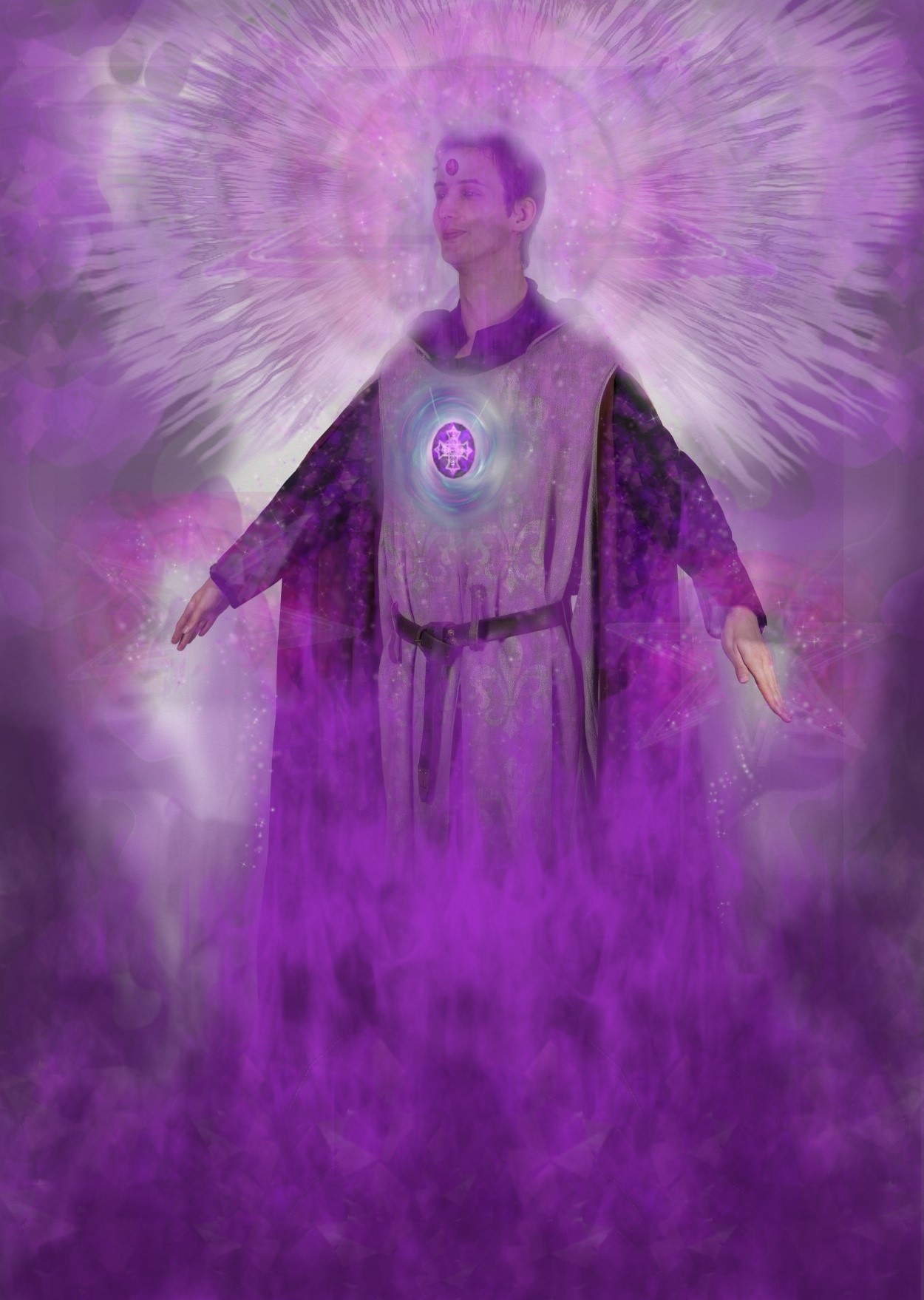 Images of Presences by Edwin Courtenay

Awakening the Flame is available in paperback or on Kindle direct from the publishers, Balboa Press at Hay House and Amazon or your local bookshop.

Awakening the Flame charts the journey of the Violet Flame Chakra – a new energy centre within our Being introduced in November 2013. The Awakening of this Chakra enables multi-dimensional healing abilities and profound personal transformation.

As the first wave of those who received the Awakening began to work with this new energy, it continued to evolve. Awakening the Flame tells the story of its development and evolution.

The Violet Flame Chakra is closely associated with the Ascended Master, Saint-Germain, and in Awakening the Flame he shares his personal journey with the Violet Flame through the ages. Channelled directly from him, this powerful story is told in his own words.

The Violet Flame Chakra plays a vital role in the evolution of Humanity, as we move towards our Ascension.

Including both practical information and Channelled inspiration, Awakening the Flame is a powerful tool for spiritual development.

“Diana Savil is a pioneer in bringing forward the next evolutionary step of the Violet Flame and its chakra for humanity. This book is a must read for anyone serious about true spiritual transformation and service. The simple-to-use secrets and mysteries that it contains may very well change your life! I cannot recommend it enough! Let the transformation begin!”

This 40 page Manual provides comprehensive notes enabling anyone who has received the Awakening of their own Violet Flame Chakra to pass the Awakening on to others. Created by Diana under guidance from Saint-Germain, it offers step by step directions through presentation of the Awakening workshop and includes Edwin Courtenay’s original notes from the Awakening in November 2103. 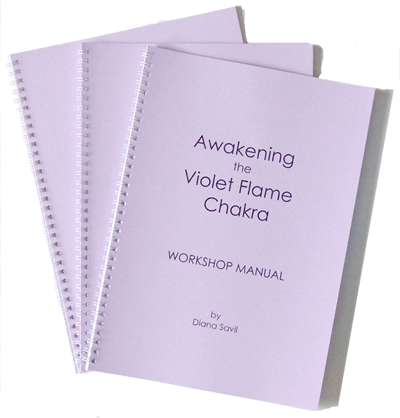 Images of Presences by Edwin Courtenay

Edwin Courtenay has created some wonderful images of the Presences associated with the Violet Flame Chakra. Some of these, together with a wide range of other magickal images, in a variety of forms, are available from his SpiritLight Gallery.

All images are copyright Edwin Courtenay.

In July 2016 Edwin created an image for a new Presence: the Silver Phoenix of the Violet Flame.  Read his message which accompanies it:

“As above, so below – the microcosm reflects the macrocosm and vice versa.  In humanity so called “junk DNA” – it is believed – has the capacity, when the entire system is under stress, to awaken within itself certain mutations which the organism needs to survive.

The Universe is no different, and as such – because of the state of our world now – has manifested within the Violet Flame a new entity, a new presence: the Silver Phoenix.

This presence carries not only the transmutative power of the Violet Flame,but also the power of rebirth, hope and rejuvenation!  It is time then, now, to call upon this power, for ourselves, for each other, and for the world.”  Edwin Courtenay 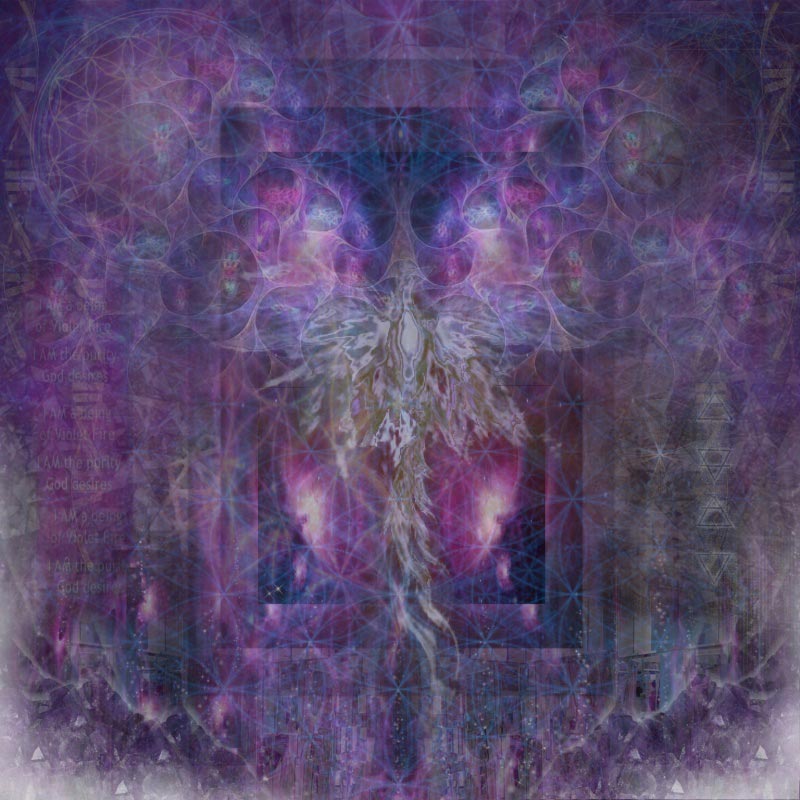 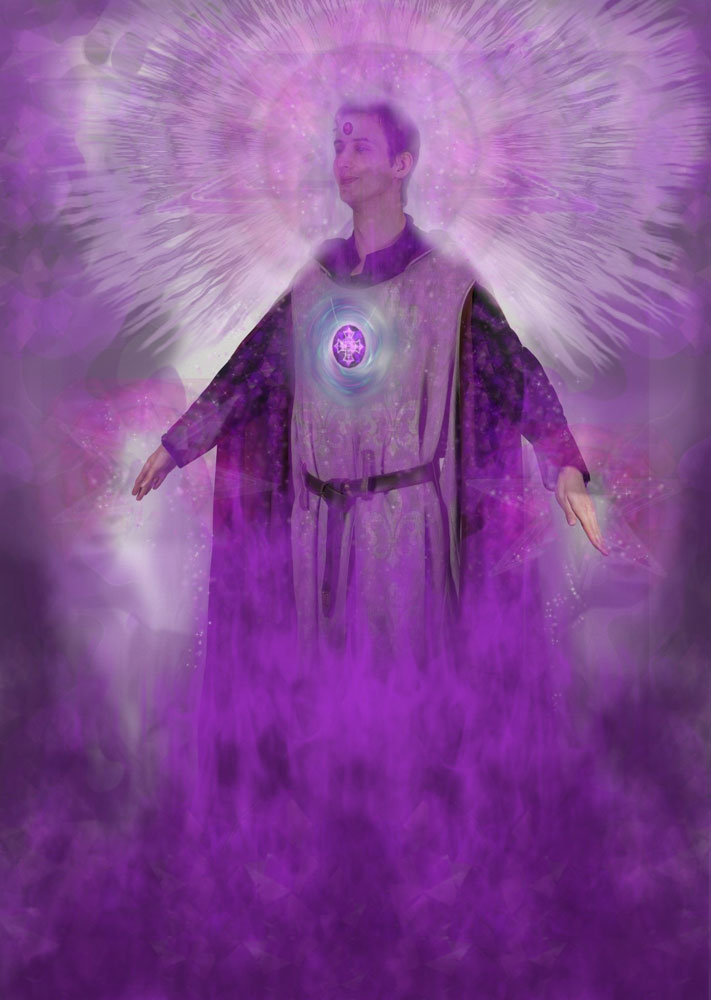 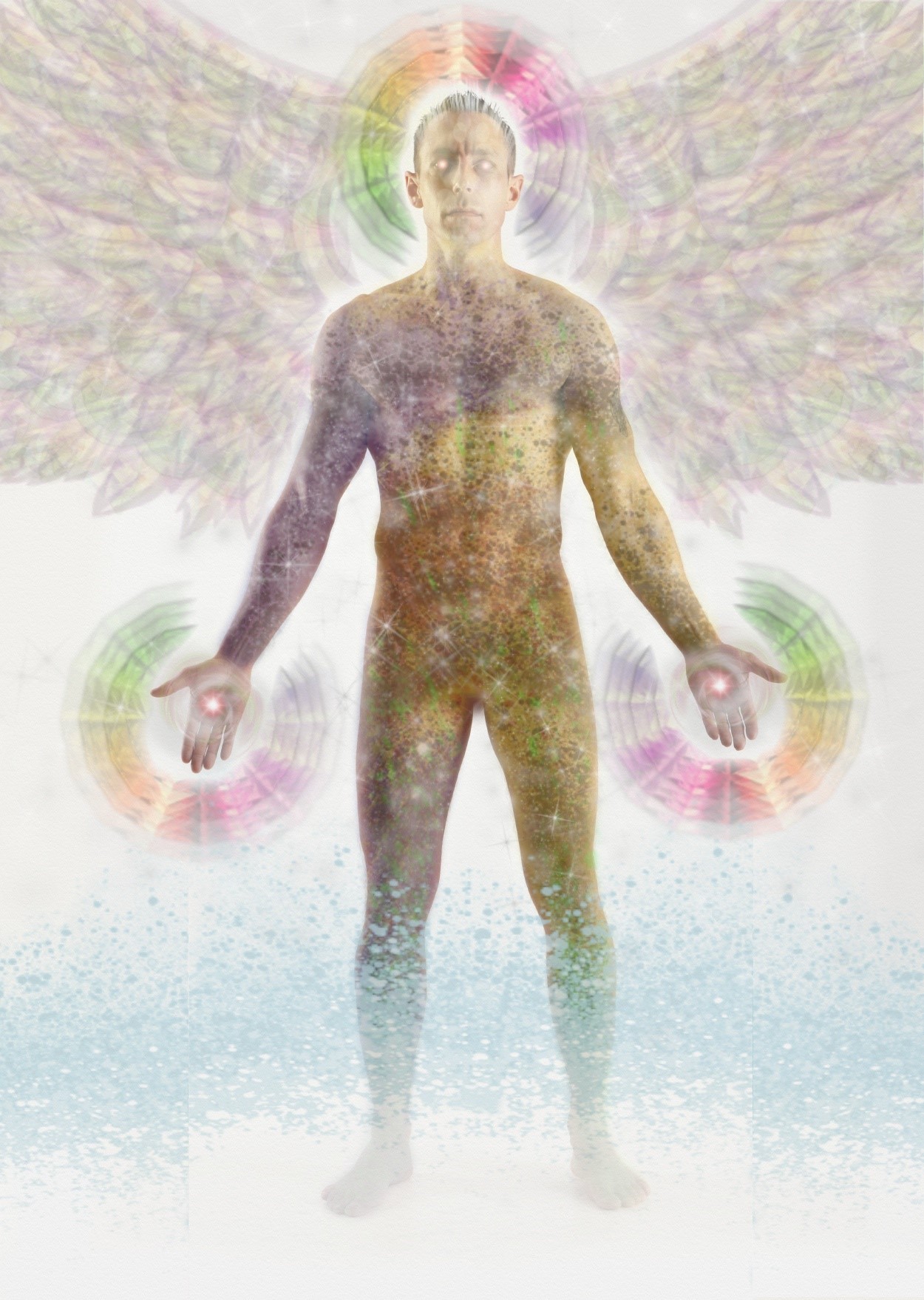 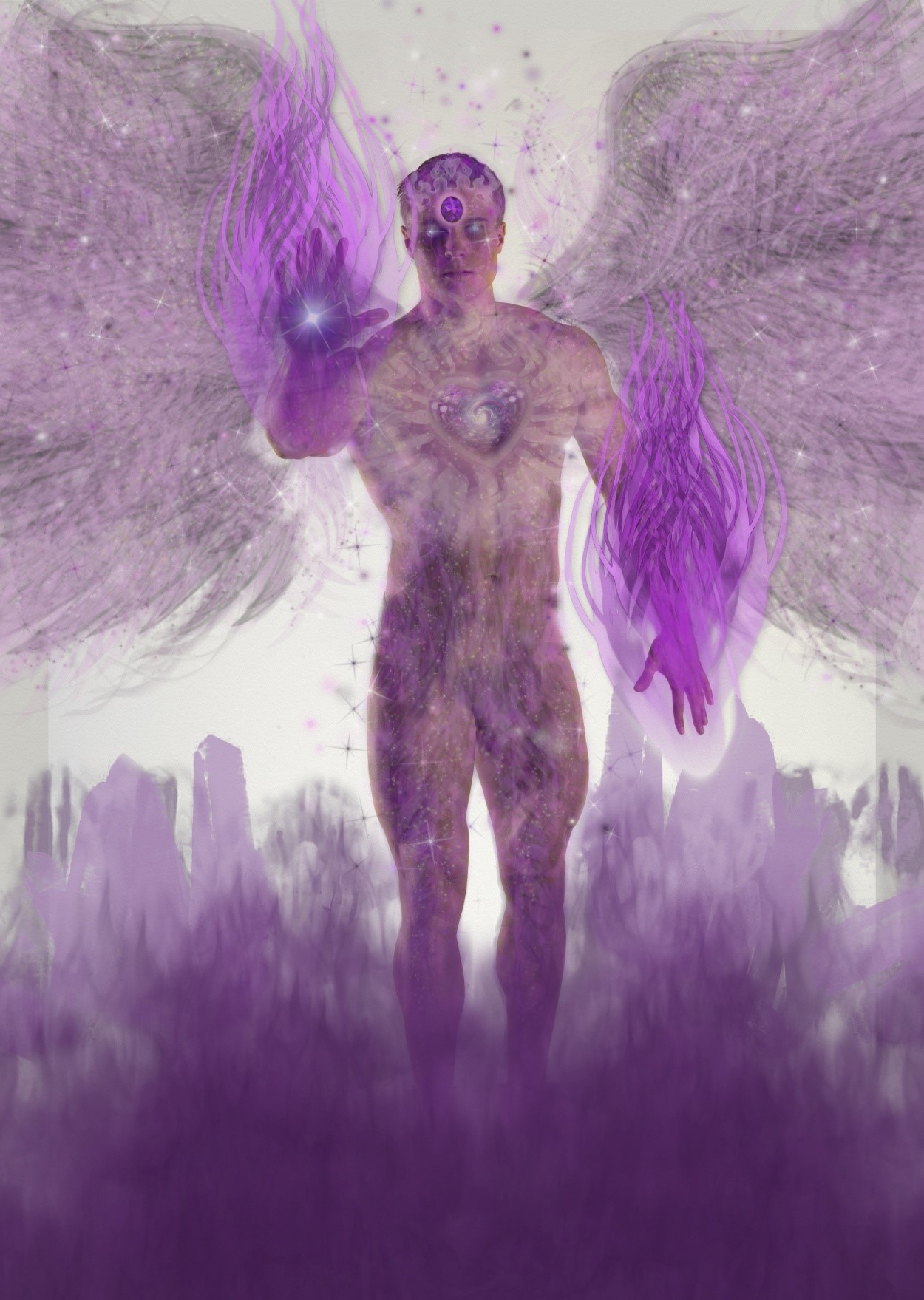 These are Edwin’s images of some of the Presences associated with the Violet Seven Pointed Star.

These Archangels are also Guardians of three of the Primary Rescue Flames. 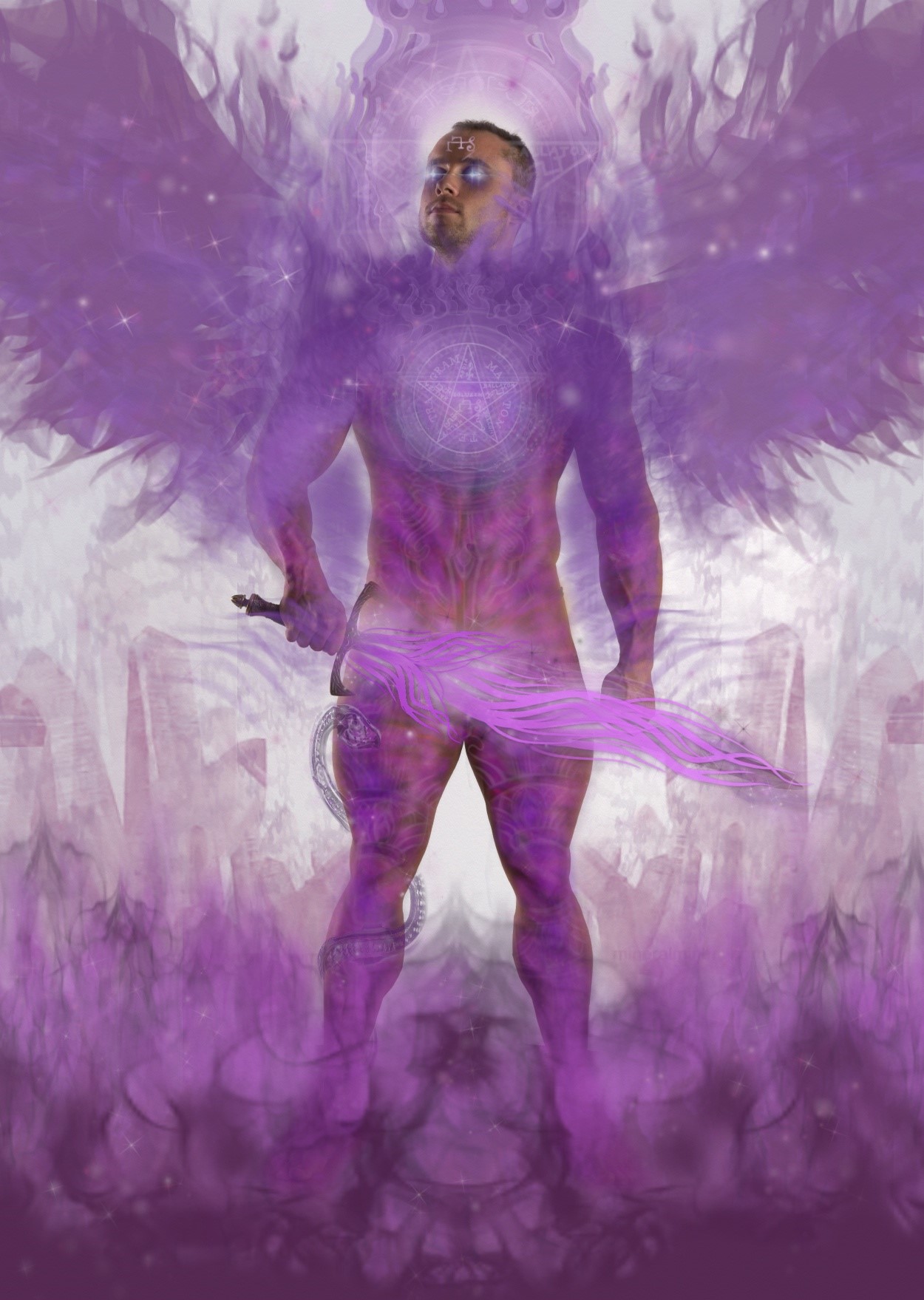 Archangel Samael is the Custodian of the Damson Flame – the original Violet Flame that existed beyond time and space. When it entered those limitations, it became the Violet Flame – in its essential form. The Damson Flame is raw and powerful, the Flame of Evolution. 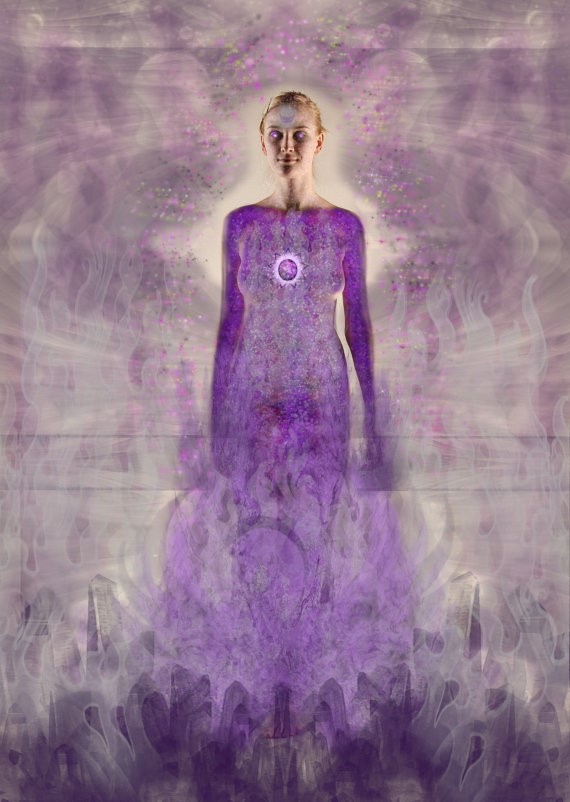 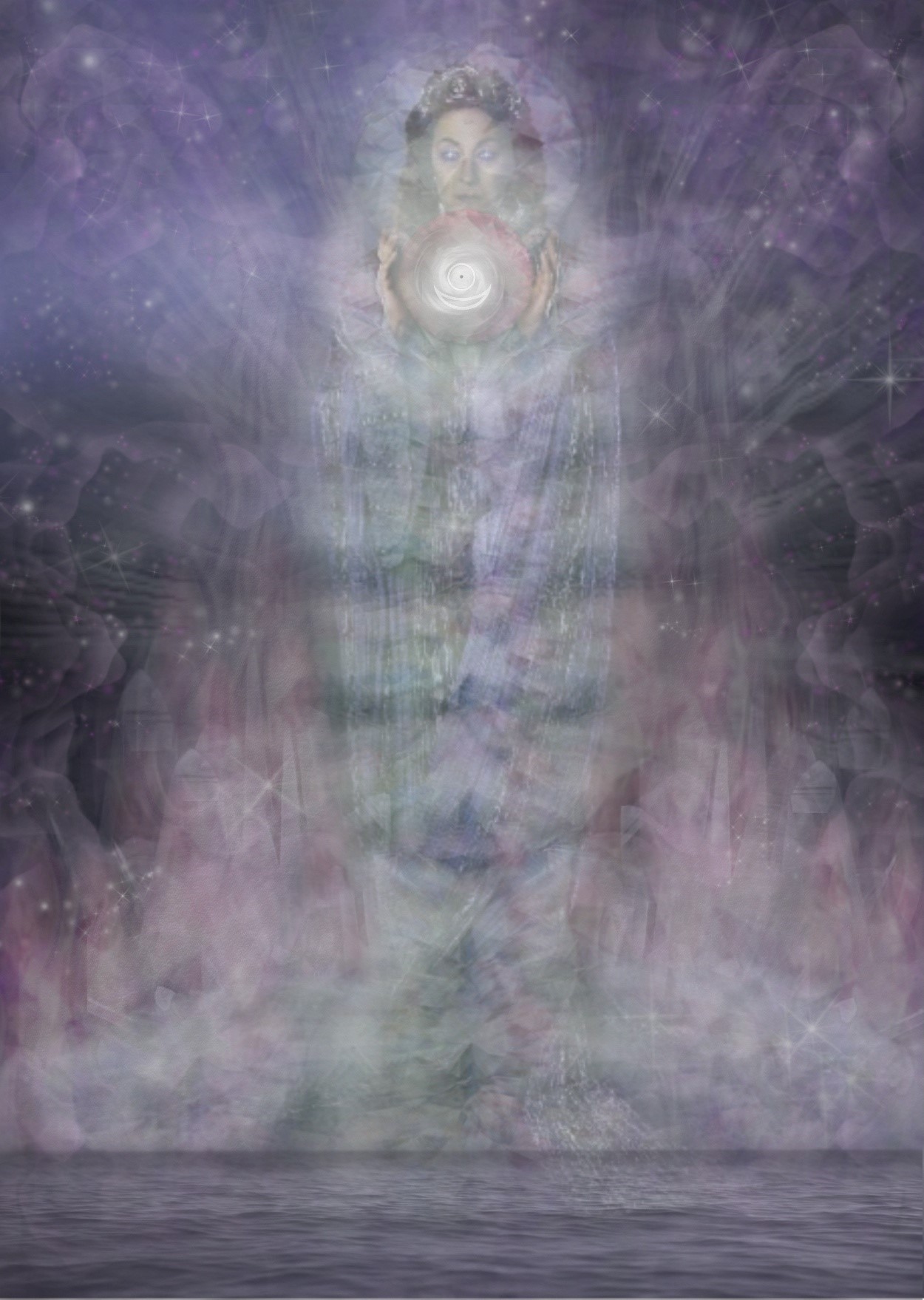 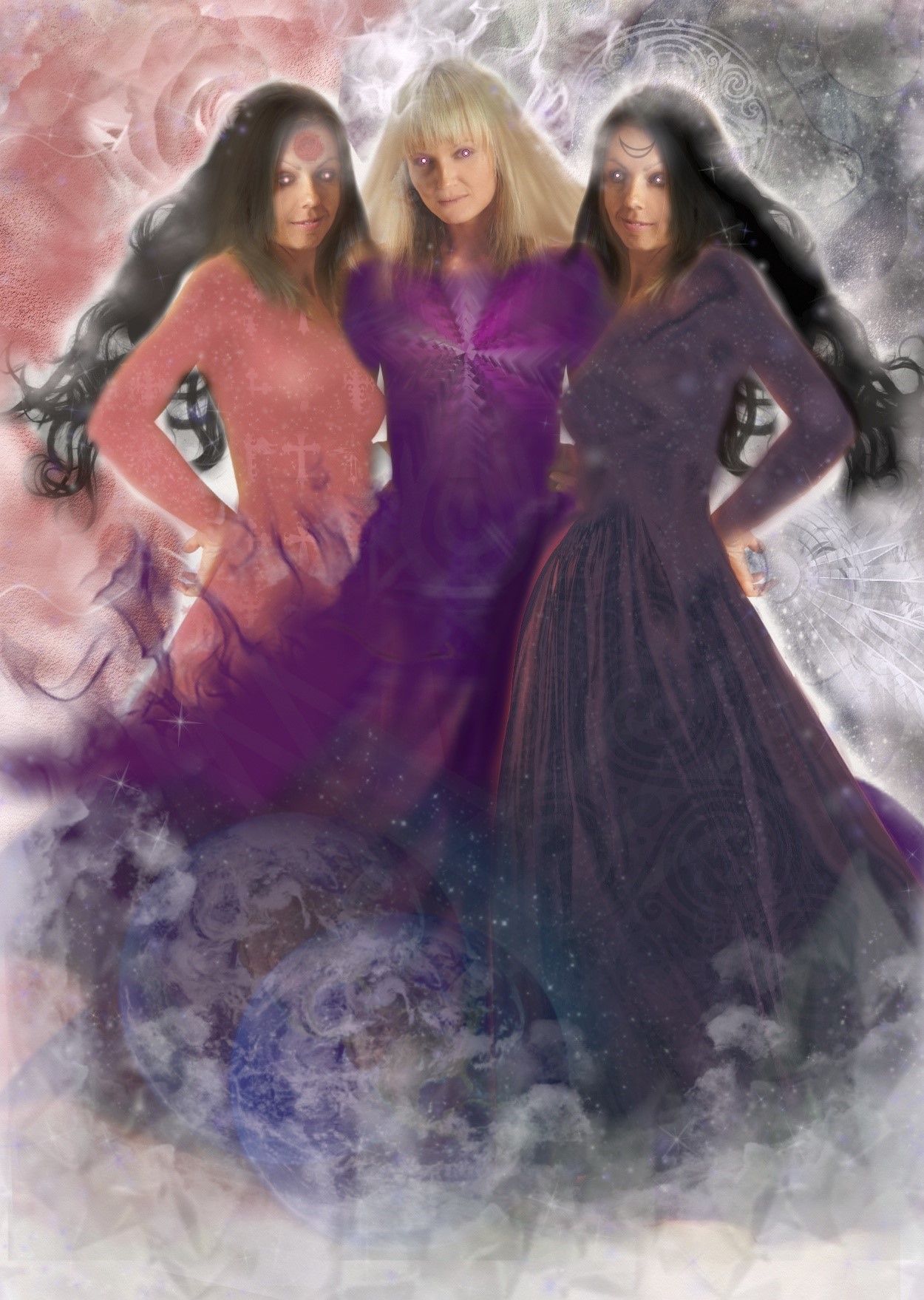 The above images were added in 2016 – a 9 year, in which Lady Portia was much to the fore.  It is appropriate, then, that we have 3 images of this Custodian of the Divine Feminine Energy and the Silver Violet Flame.

In her aspect of Lady Portia, she is one of the Presences associated with the Violet Seven Pointed Star.  She also assists us in Seeing With the Eyes of the Soul.

As the Lady of Silver, she takes on the role of a new High Priestess for a New Avalon – bringing forward, through the portal of the Violet Flame Chakra, the energies of Avalon for our Time.

In the image of The Three Portias, we see her as Maiden, Mother, Crone – the three faces of the Triple Goddess.