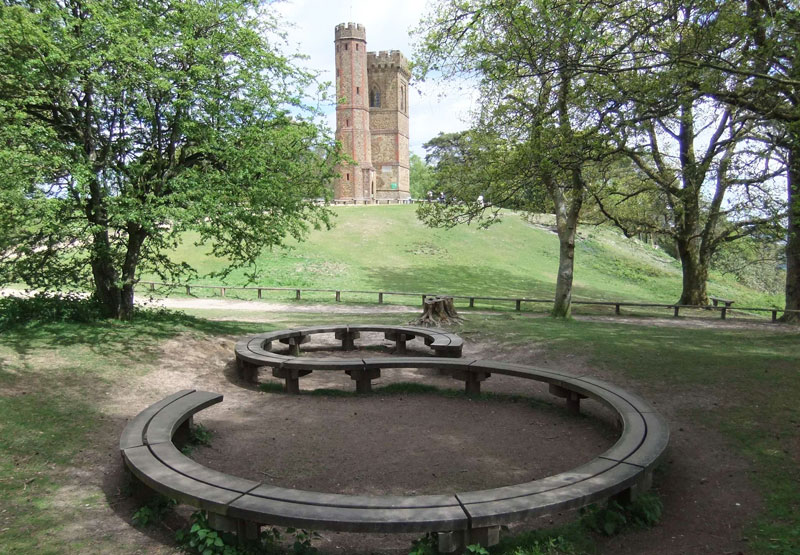 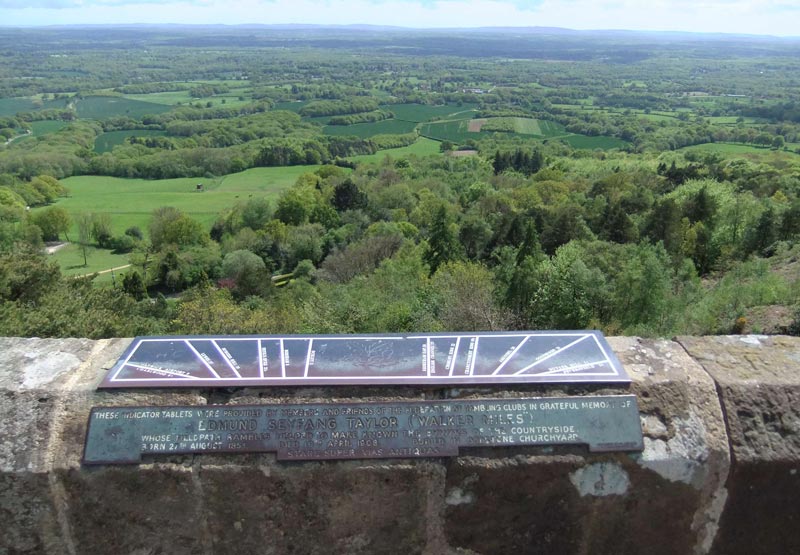 It is also a Sacred Site.

Leith Hill is the location of the Violet Flame Chakra of the Earth.  This Chakra was Awakened during a workshop of Edwin Courtenay’s on 23rd November 2013.  Over the next few months its energy and power increased, and at a further workshop with Edwin and Kieran Morgan in September 2014 the group who linked with it on the hill itself felt that the Chakra had moved into its second phase.

Initially it was growing, increasing in strength, and was supported by those whose Violet Flame Chakras had been Awakened, and who directed energy to it on a regular basis. At the workshop in September 2014 the energy of the Chakra was directed up, through the hill, and out – to the whole planet. It was as if the Chakra had come of age, and those present felt that from that time it would become more powerful, and provide a resource for those who drew upon its energy. 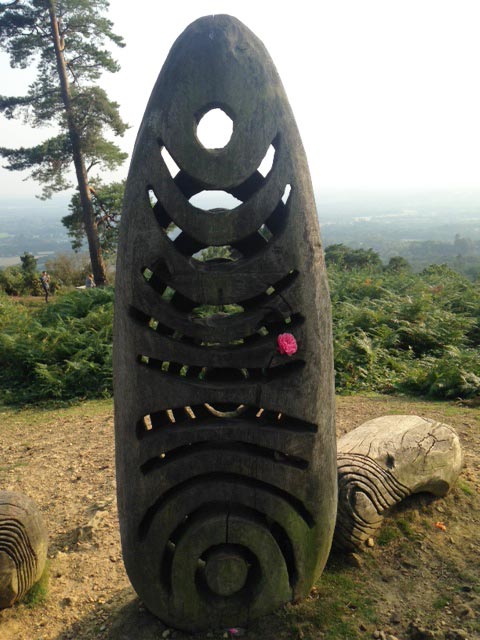 In addition to being the location of the Violet Flame Chakra of the Earth, Leith Hill contains a network of ley lines and other energy pathways. The Dragon energy is one of the many vibrations present within the Leith Hill frequency.  The Dragon Tree can be seen near the top of the hill, and the Trig Point on the summit displays the symbol for a Dragon’s Eye.

Some years ago a wooden sculpture of a flame was placed on the hill. How appropriate that this is now the Violet Flame Chakra of the earth!

There are many power points near the summit, and our visits allow us to combine our energies as we link with them. 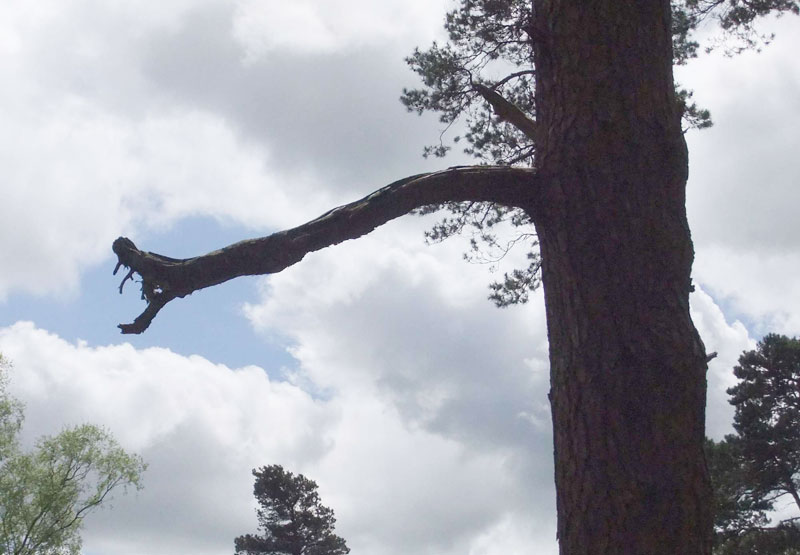 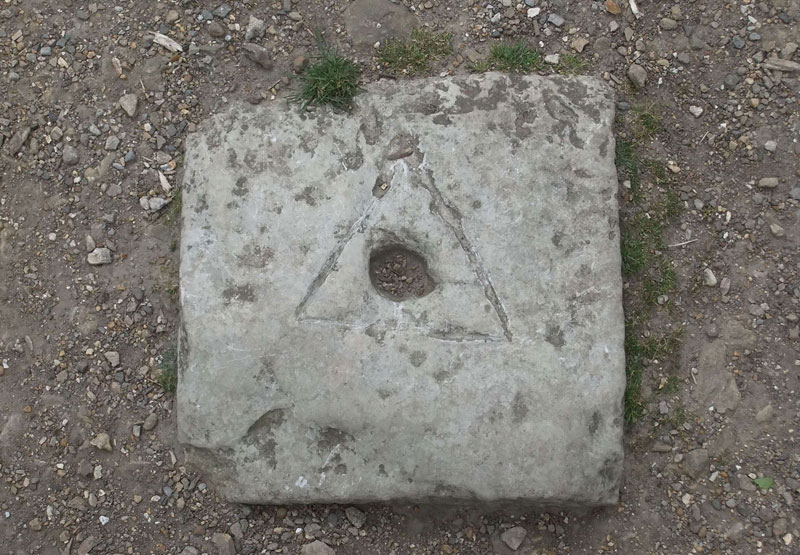 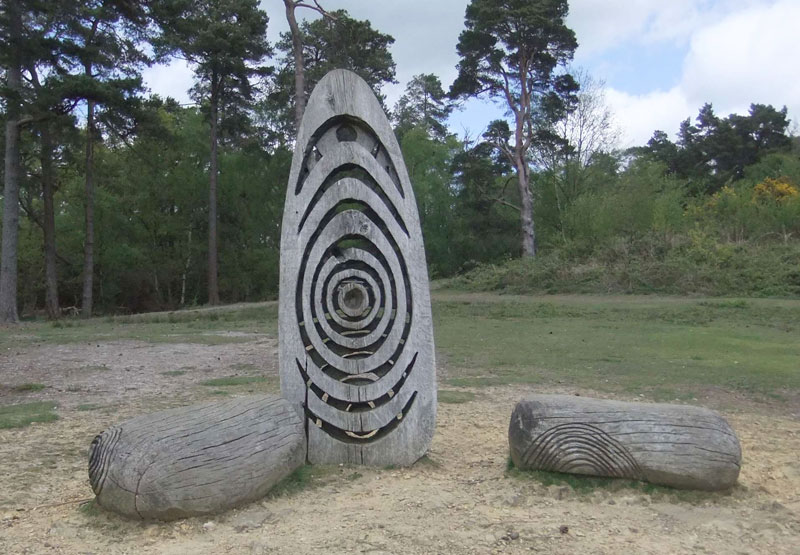 In May 2015 a group led by Diana, and working with the energy of Saint-Germain, initiated a permanent connection to Glastonbury Tor.  Following the work the two sacred sites are now linked, with a direct energy pathway running between them. 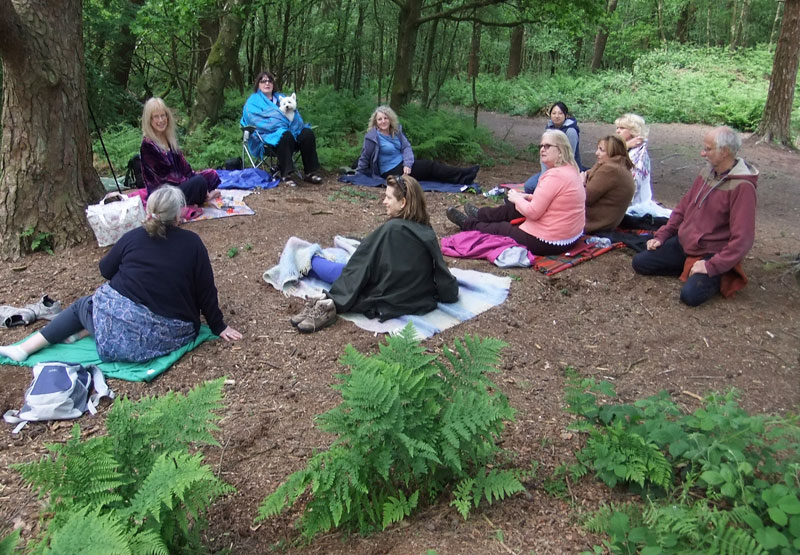 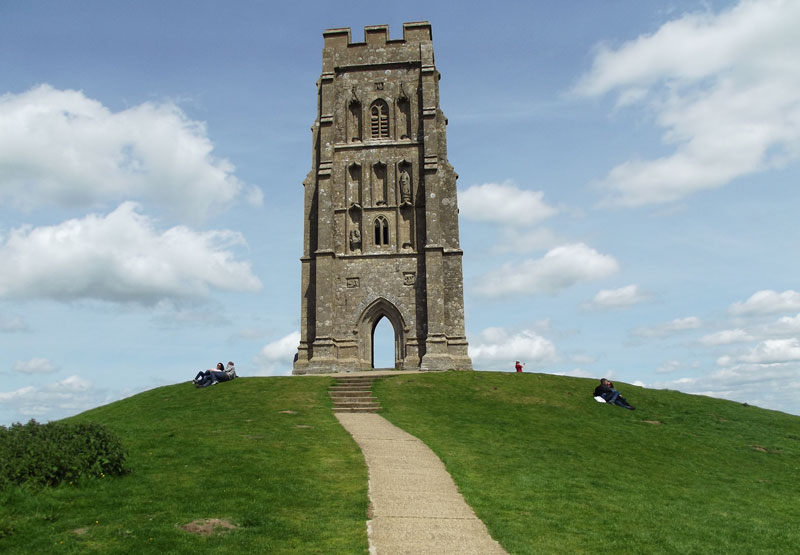 At the time of making our connection to the Tor, we were simply following guidance from Saint-Germain. However, events a few months later revealed a bigger picture.

At his Lady of Silver workshop in October 2015, Edwin Courtenay told us that Lady Portia – in her role as the Lady of Silver, a new High Priestess for a New Avalon – would be bringing through a New Avalon into the earth, using the gateway of the Earth’s Violet Flame Chakra at Leith Hill.

This work was taken further in September 2016 when, on 9/9/9, over 50 people gathered on the hill to bring down and anchor the energies of the New Avalon.

Following this, Kieron and Edwin led a powerful weekend’s Retreat on Leith Hill, connecting to each of the individual energy centres that have emerged there, and welcoming Etherley, the Goddess of Leith Hill.

Further work was done on the hill in September 2017, when Kieron led a Retreat which included an updated Violet Flame Chakra Awakening. The magic continues to evolve!

In August 2019 we were told that the Violet Flame Chakra within Leith Hill would support the energy of Glastonbury/Avalon, providing a means of transmuting all the accumulated negative energy from the Glastonbury area, and enabling the Avalon energy to shine once again.

Kieron Morgan, Guardian of the Violet Flame Chakra on Leith Hill, regularly leads groups to connect to the emerging energies of the New Avalon there. Click here or email him at kieron_morgan@hotmail.com for details of his forthcoming walks.