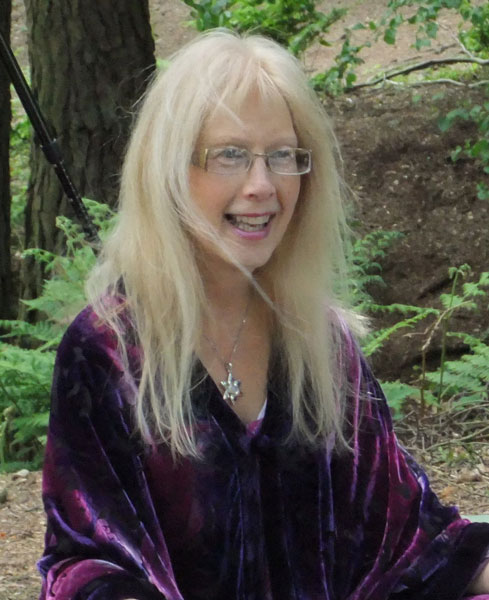 In May 2014 I was guided by The Ascended Master, Saint-Germain to write the book that became “Awakening the Flame”, and it was published in April 2015.

My non-Violet Flame Chakra work includes Reiki Attunements; I have been a Reiki Master since 2007. I also teach Tarot, and have been working with the Cards since 1992. For several years I practised Setsukido, a powerful transformational therapy combining deep tissue massage with Ki.

I began Channelling in 1992, and have been fortunate enough to bring through several high frequency Beings and allow their energy to be shared. I have been privileged to be a Channel for Saint-Germain since early 2010.

All my work, both in groups and with individuals, is about inspiring and empowering people. The energy of the Violet Flame Chakra very much supports this, and I am delighted to be part of its continuing evolution.